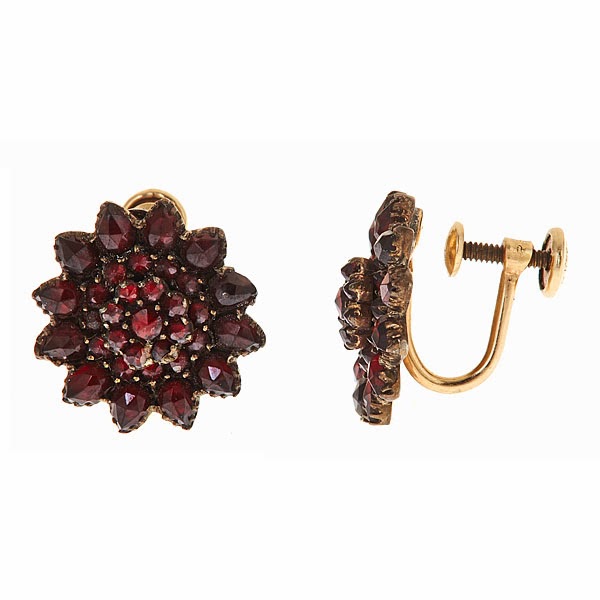 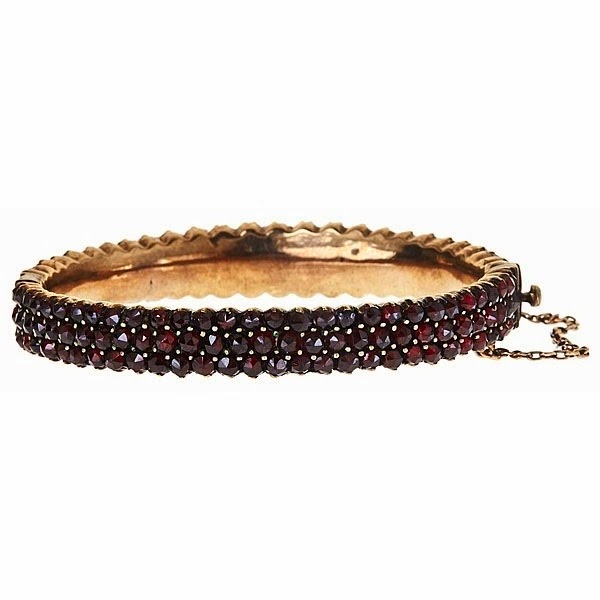 Garnets were among the favorite gems of Georgian and Victorian jewelers. They were used in expensive, high quality jewelry, sometimes set along with other more precious stones. The Bohemian Garnet, unusually appealing and popular due to its deep, clear red color, was most often faceted and set in low-carat (5K) gold or other metals. Bohemian Garnets, from the garnet family called Pyrope, have been mined for hundreds of years in ancient Bohemia, now the Czech Republic.

The jewels above are beautiful examples of Bohemian Garnets from the Victorian Era. The exquisitely hand-faceted stones reflect and refract light, making them a flattering addition to any look - day or night! For these and other garnets: www.pratherbeeland.com.